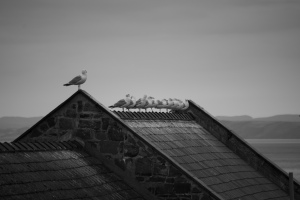 Over on the website of Mental Health Nurse Academics UK (MHNAUK) I’ve written this brief review of MHNAUK’s last meeting, which took place at Unite the Union’s offices in Glasgow on October 11th 2019. This was a good meeting, with two guest speakers: Lawrie Elliott, Editor of the Journal of Psychiatric and Mental Health Nursing and David Thomson, Chair of the Mental Health Nursing Forum Scotland. I learned lots from both, and amongst other things ended up thinking how organised mental health nurses in Scotland look to be.

As it happens, MHNAUK is also about to embark on something new: next week we’re inviting nominations for people to lead our Education, Research, and Policy and Practice Standing Groups. Standing Groups are the engines of MHNAUK, and have been led thus far by Anne Felton, Mary Chambers and Neil Brimblecombe (and previously, John Baker) respectively. Big thanks to them for their work: the more that members become involved, the better.

Back in Cardiff, with esteemed co-investigators I’ve again (as I mentioned last month) been pressing on with the NIHR HS&DR-funded MENLOC evidence synthesis into end of life care for people with severe mental illnesses. This is proving to be a big piece of work, but we’re on track to submit our report in spring next year. As a team we’re also thinking carefully about future lines of enquiry, as there is lots still to do in this field.

A final thing to note in this catch-up: I’ve been thinking about what to say at next month’s Making a difference in Wales conference, which is all about taking the Framework for Mental Health Nursing forward. I think there is lots which is distinct about health policy and services in this part of the world, but also recognise the existence of gaps between policy and strategy aspirations, and workplace realities. One to mull over.